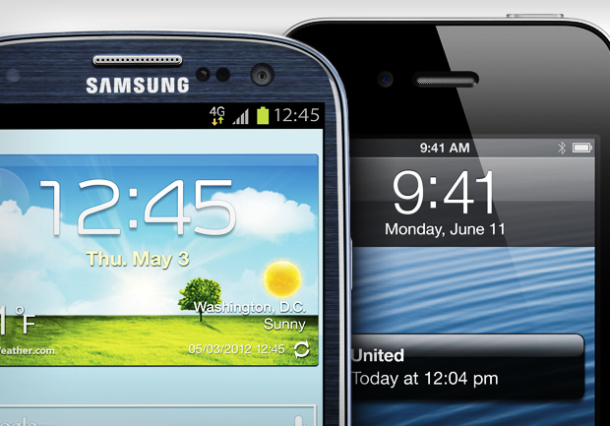 Both companies have made a killing with their flagship products, but the next wave of growth will depend on how well they adapt to the low end of the market.

The Galaxy S3 and iPhone 5 are the top-selling devices.

If Apple and Samsung want to see their stock prices rise higher, their smartphone prices will have to fall lower.

Both companies have established a dominant position in the wireless industry thanks to their buzzworthy, feature-packed, and polished flagship smartphones. The iPhone 5 and the Galaxy S3 (soon to be displaced by the Galaxy S4) reign atop the sales charts, allowing the two to control more than half the smartphone marketand virtually all of the profits.

But a look at both of their most recent financial results show that dominating the high-end smartphone market is no longer enough to satiate the ever-increasing demand for more growth. If Apple and Samsung are going to keep their stellar runs going, they will have to get more aggressive about the market for affordable smartphones — particularly in emerging markets where consumers are just buying their first mobile phone.

One problem: the low-end market is fraught with established competitors such as the Chinese vendors that know how to build and sell phones on the cheap.

“The low end is a really competitive space to play in,” IDC analyst Ramon Llamas said. “If you’re going to the low end of the market, proceed at your own caution.”

China’s Huawei, for instance, saw its meager market share position rise by 40 percent in the first calendar quarter, according to IDC. Its gains come as Apple actually lost market share in the period, and the iPhone maker has already warned that its sales for the current quarter will fall below Wall Street expectations.

The signs that the low-end influence are already taking hold at Apple and Samsung were apparent from their respective earnings reports last week. At Apple, the average selling price of its iPhones dropped $28 sequentially in the first quarter, as more people spurned the iPhone 5 and 4S in favor of the cheaper iPhone 4. While Apple has been mum about a low-cost iPhone, the rumor mill has been burning up with reports of one in the works.

Samsung, meanwhile, reported better-than-anticipated first-quarter results, gained market share, and its growth outpaced that of its rival. But the period marked an end to the company’s five-quarter streak of record profits, and Samsung also warned that it “may experience stiffer competition in the mobile business due to expansion of the mid- to low-end smartphone market.”

Qualcomm, which supplies chips for most of the world’s mobile devices, including the iPhone 5 and Galaxy S4, said last week that the average selling price for devices in the last three months of 2012 slid sequentially to about $217 from $227 (based on the midpoint of its estimated range).

Where’s the growth? Mature markets like the U.S. may be saturated with smartphones, but places such as India and China sure aren’t. The latter country recently surpassed the U.S. as the biggest market for smartphones, and India is viewed as one of the only countries that could overtake China sometime in the future.

While the population of developing nations presents a huge opportunity, many people in those areas simply can’t afford $600 gadgets. China’s gross national income per capita totaled $4,940 in 2011, according to the World Bank, and more than 170 million people lived below the $1.25-a-day international poverty line. People in those regions will more often buy phones that are priced under $200, helping that segment grow faster than the high end.

The low-cost smartphone market is growing quickly. Note, the figures are based on the wholesale price of a phone for a carrier, not the retail price or subsidized price offered by the carriers.

Last year, a quarter of smartphones cost less than $200, according to ABI Research, while 27 percent cost more than $400. This year, the high end should hold steady at 27 percent of shipments, but the low end will gain four percentage points. By 2017, 42 percent of shipments will be low-cost devices versus 23 percent in the high end, the firm estimated. The figures are based on the wholesale price for carriers, not what the phone costs in retail.

That growth at the bottom end — and the huge volumes that come with it — is attracting other handset vendors like Nokia. The Finnish company, which has struggled to compete with the market leaders in the U.S., is pushing low-end phones in places like India and Russia. Its products, including the $180 Lumia 520Windows Phone, are winning versus the iPhonein places where carriers typically don’t subsidize phones for customers.

Who’s better suited on the low end? Apple and Samsung know they need to address the lower end of the market, and both are making efforts to do so. Apple has long said it wouldn’t introduce a cheap iPhone and wouldn’t sacrifice quality, but it recently has suggested that a lower-cost iPhone that’s still high quality makes sense. It also pushes its older devices at discounted rates, both in the U.S. and abroad.

“China has an unusually large number of potential first-time smartphone buyers,” Apple Chief Executive Tim Cook said during the company’s earnings call last week. “And that’s not lost on us. We’ve seen a significant interest in iPhone 4 there and have recently made it even more affordable to make it even more attractive to those first-time buyers. And so, we’re hopeful that that will help iPhone sales in the future.”

Even discounted, iPhones are still much pricier than most handsets from Chinese vendors. And even if Apple makes a phone specifically for the lower end of the market, it’s unlikely such a device would sell for as little as $99unless Apple makes significant compromises in quality. That means even a “low-cost” iPhone could be tough for many people to afford.

“By and large, Apple doesn’t even touch the mid-range segment at all in terms of the price point,” ABI Research analyst Michael Morgan said. 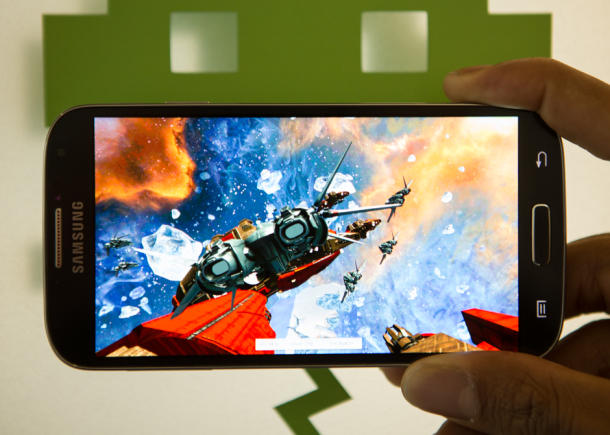 The Galaxy S4 is now available from some carriers.

Samsung, meanwhile, has some advantages over Apple when it comes to lower-priced devices. The Korean company supplies its own components, which means it has more control over the bill of materials for a smartphone. Also, it’s not as dependent on one single device as its strategy involves introducing handsets in a wide range of designs and prices.

In addition, Samsung already has a foothold in emerging markets. It became the biggest smartphone vendor in China last year as its device sales in the country nearly tripled, according to Strategy Analytics. What will be key for Samsung is holding onto that position versus the emerging Chinese rivals.

“We will keep a keen eye on the market demand and the changes in our environment, and we are prepared to meet any changes in the environment or customer needs,” a Samsung executive said during the company’s earnings call Friday, according to a transcript from Thomson Reuters. “Going forward, we will try our best to expand user experience and to give them their best value.”

Perhaps the biggest difference between Apple and Samsung is how much they’re willing to sacrifice to reach cheaper prices. Apple has long said what’s most important is making great products, and it’s not willing to make big compromises to cut pricing. Samsung, however, has taken a different approach. It makes high-end, aspirational devices but also makes lower-cost devices to get people to open their wallets. That may mean quality isn’t as high for some of those smartphones, but it also means more people have Samsung devices in hand.

What will be key for Samsung is holding on to its position in developing nations — or at least not giving up too much share to the Chinese vendors. As for Apple, it may be time to take a page from Samsung’s playbook. If the California electronics giant doesn’t act fast, it may miss out on the emerging markets boat.